Which do you trust?

The scientists’ warning about the collapse of the life environment
or
The world leaders pursuing for endless economic growth?

If we wish happiness for the following generation, the collapse of the Earth’s Life Environment should be the biggest issue.

Scientists are extremely concerned about these issues, but the actions by the world leaders are so slow. Furthermore, ordinary people seems to think that the problems would be managed somehow, by leaving these issues to their government.

I compiled an overview of those problems as [Crises of Humanity].

And as an appendix, I released English narration on YouTube with English / Japanese subtitles. They consist of 15 videos, which would be helpful for those people who are unable to read letters physically or because of educational reasons.

As seen from the stratosphere since 1960s.

Crises do not exist in the shortage of energy
but in the inflating residual pollution by mass consumption.
In 1980, economic growth exceeded the limit of the earth.
Further growth will degrade the biosphere becoming
a residual contamination.
As a result, living species are drastically decreasing
and the Earth’s ice began to melt tangibly.
These are the evidences which prove that the Earth has limitation.
–The Gap between the rich and the poor causes all the evil–

An Airline Captain’s messages written with sense of crises for the Earth’s environmental issues that has been witnessed from the stratosphere since 1960s.

These are the sincere prayer for happiness for the succeeding generations.

“No more than one or a few decades remain before the chance to avert the threats we now confront will be lost and the prospects for humanity immeasurably diminished.”  (Stated in 1992)

If the Nobel Prize has any academic authority, the contents of this warning, submitted only a few months after the Rio Summit, must contain serious scientific evidence. However, this warning was virtually ignored.

It is 2017 and 25 years have passed since then. Irreversible deadline of the scientists’ warning had probably gone by now.

According to the scientific index “Ecological Footprint”, excessive mass consumption has surpassed the Earth’s capacity around 1980, and thereafter the portion of the consumption that has exceeded the Earth’s limitations could not be purified and accumulated as residual pollution.

Global warming is one of the phenomena of residual pollution caused by carbon dioxide. As a result, the Earth’s ice began to melt tangibly and the sea level is rising.

At around the same time, a number of living species started to disappear drastically. If the current speed of extinction continues, all living creatures would disappear in 3 centuries.

These phenomena of melting ice and decreasing living species are the evidences to prove that the Earth has limitation. (See Chapter-5 Ecological Footprint)

Should human beings keep aspiring to the current 3% of economic growth, the consumption and residual pollution would double every 23 years. However the one-and-only Earth cannot physically support this consumption.

These are the reason why we cannot feel that our lives have become rich, especially after 1980s, despite the fact that GDP is increasing. (See Chapter-6 Can we become happier with a growing GDP?)

Considering these facts, the world economy and social structures would be thrown into confusion within 2 decades at the most. But the world leaders are still pursuing economic growth.

At 2013, Global Warning Conference (IPCC), stating that the air temperature would rise almost 5℃ by the end of the century. In the Earth’s history, this situation is identical to that of 35 million years ago, when there was no ice on the Earth, carbon dioxide density was as high as approx. 450ppm and the sea level was higher than the current level by more than 70 meters.

In 1980, the density of carbon dioxide in the atmosphere exceeded 340ppm, which is considered to be the upper limit for the existence of the Ice in the northern hemisphere, and then the Ice actually started melting away.

In other words, we, mankind, are turning the clock back to the age when there was no Ice on the Earth and the sea level was more than 70 meters higher.

Then, why has such a crisis of humanity occurred?

The gap between the rich and the poor is the root of all the evil might be the answer.

The society allowing freedom of human greed has induced the destruction of the Earth’s environment and the gap among people generating envy and hostility in peoples’ minds, thus the world conflicts would occur.

These destruction and the gap or world peace are all interlocked as contemporary social issues.

If the young people keep on being indifferent to politics and let the older generation run the country, the young people will end up living as the working poor under an unbearable living environment degraded by residual contamination.

There is a simple principle about possession of goods and happiness. If there is no difference between the rich and the poor among us, the desire to have more things than others will be diminished, and we could be in peace in soul and be kind to the others too.

Those society could be realized by young generation taking advantage of the system of democracy, in which each person has one vote. It is not just a far-off dream for young people to return to the peaceful and beautiful world.

Hope is in the change to hyper-progressive tax system to resolve the gap society. If the gap disappears human desires will also be diminished, and we could return to a roadmap that will stay within the limits of the earth’s capacity.

Complicated policies and mental theories are not necessary. Just change the tax system and the flow of money will change, which in turn will induce a change in the way of life and the view of the world.

I want young people to think seriously about their futures so that they can spend peaceful and happy days. Upraise working poor!

May the beautiful Earth with water and green,
and full of life be handed over
to the generations to come.

The full text of this document is provided in the following PDF file both English / Japanese.
English

I hope these narrative videos would be helpful for those who are unable to read letters physically or because of educational reasons.

You can play the YouTube videos by clicking the title of each chapters or contents.
I have compressed the outline of the issue in the first video. I will be very happy if you read even the first video only. 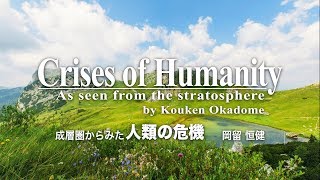 Chapter-1 Blue Planet viewed from stratosphere and its biological environment 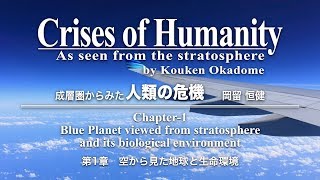 Chapter-2 Outline of the Crises the Earth is facing 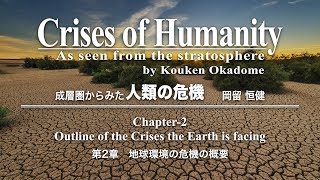 Chapter-3 Global Warming and the Survival of the Ice 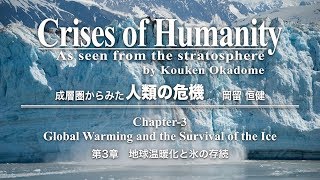 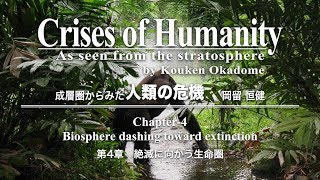 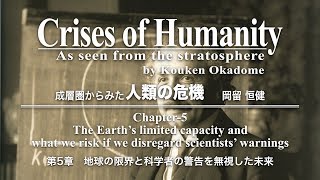 Chapter-6 Can we become happier with a growing GDP? 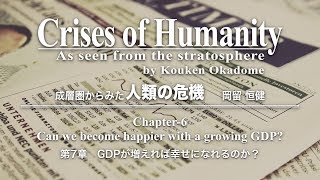 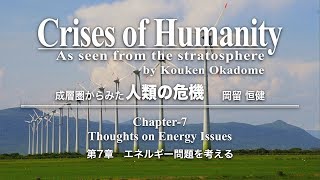 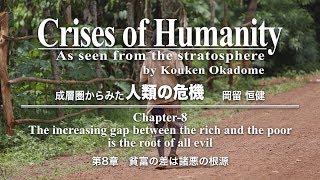 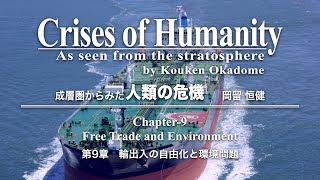 Chapter-10 Hope is in the Change of the Tax System – The Party of Progressive Taxation, a party
of the young generation 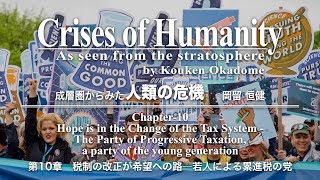 Chapter-11 Solidarity in life – Why do people climb the high mountains? 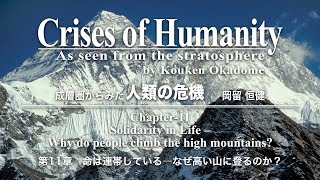 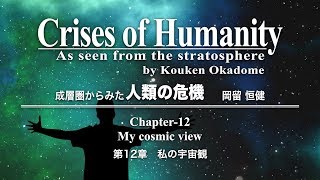 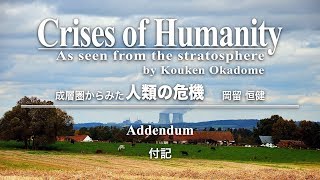 References, Special thanks, About the Author 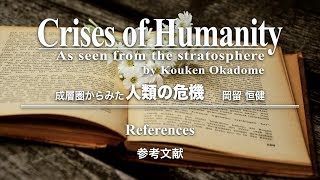